Push Notifications on the Open Web

Part of Google’s Project Fizz – an initiative to make web applications first class citizens after the prevalence of mobile apps – Push Notifications have been added to Google Chrome. This is an exciting prospect, even for e-commerce where a storefront that implements them well (sending notifications about sales to customers that would be interested in buying from them) could easily increase sales.

Con Man, an indegogo crowd-funded web series, recently closed and blew past its goal on April 10th. This web series is being created by Alan Tudyk, featuring Nathan Fillion (among other awesome actors: Seth Green, Felicia Day, etc..). The reason I am pumped about this is because I am a huge Firefly fan (Fillian and Tudyk were some of the main actors in in it) and Alan Tudyk is hilarious. Also I may have cosplayed as Jayne Cobb from firefly at Cleveland’s Comicon in February.

Why Die on Mars, When you can Live in South Dakota?

From a marketing perspective, I'm not sure if this is genius, or crazy, but it's my favorite internet link of the week!

Macey Goes to the White House

The internet had a lot to offer this week, but this little girl on The Ellen Show takes the cake. Macey is five years old, a presidential expert, walks like a cowboy, wants to have her face on the $20, and isn't afraid to ask the tough questions, like, "What will they call Bill if Hillary becomes president?" Also, I don't think anyone has ever been so excited to see Zachary Taylor's sword.

A truly beautiful tribute to Beyoncé.

SPACE! – EM drives are awesome but NASA also could have accidentally made progress towards manipulating space-time WARP DRIVE HERE WE COME. Using EM drive we could make it to the closest habitable solar system within 100 years. Which is the coolest thing ever.

Houzz has wonderful photos to look through while thinking about design/redesign ideas. It allows you to save pictures and invite others to view your "ideabooks." It is an online way to ask your friends and family, "What do you think about this?"

In a perfect world, this would be my basement!

An Under Armour application for iPhone and Android that tracks a variety of work out types, including bike rides, runs, even dog walks. It ties into My Fitness Pal (now also owned by Under Armour), but I haven’t gotten this part to work successfully yet.

It drives me insane, but I keep coming back! 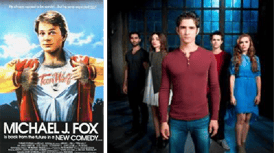 For all the Indians fans that are frustrated in the 7-14 record, it will get better.  But maybe not by enough.  When expected results (not projected results, but expected outcome based on the performance) greatly differ from actual outcome (FIP vs ERA), that poor defense may be a bigger issue than thought.

Next Story
Why You Should Move to Magento Enterprise 1.14.2 →