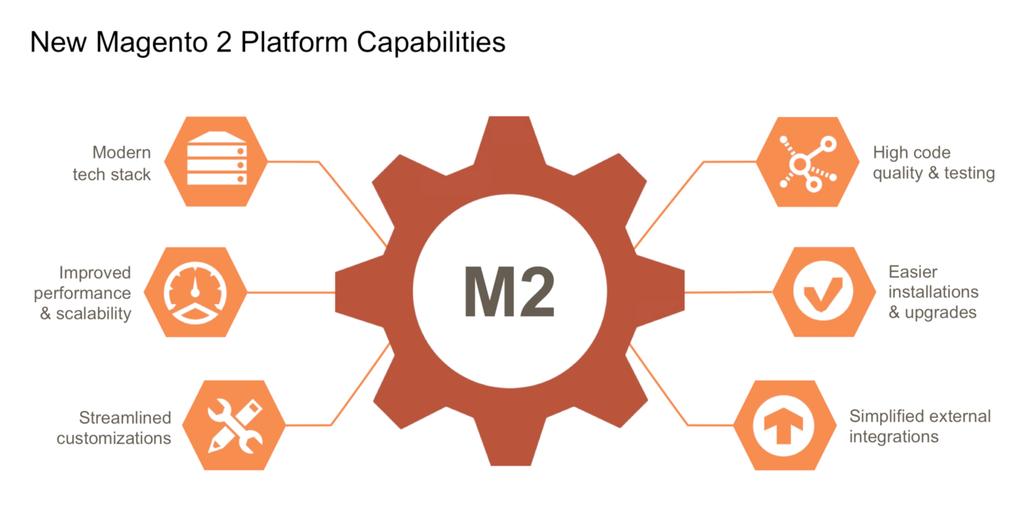 The webinar, which can be re-watched here, discussed the full timeline for Magento 2 releases and what to expect from the update. Some of the new platform capabilities that will be available in Magento 2 include:

Magento 2 will also be compatible with Zend Framework and extend support for Oracle and other databases.

First on the release timeline is Magento 2 Developer Beta, which has been available on GitHub since December 17. This release is intended for developers only, not for use in production, and features all of the proposed major platform changes.

Features included in Developer Beta are tech stack, modularity, front end, and testing framework. Other components now available to developers are a new infrastructure for theme inheritance, a modern coding style, service contracts, and Composer support. Developer benefits coming down the line in Magento 2 are:

Our Magento Development Team is excited for this release, as it gives them a chance to get to know Magento 2.

“The Beta release is cool because we can play around with Magento 2. There are some exciting things they have promised for the future and we are interested to see how that all plays out,” said Gian Genovesi, our eCommerce Delivery Lead.

Another addition featured in the webinar is the new Magento 2 Developer Hub, which will house documentation, blogs from the Magento tech team, video tutorials, and community resources.

So, is Magento 2 ready? For developers: yes. Now is the time for developers to download the code and start learning Magento 2. However it is too soon to migrate extensions or use in production. Those steps will come further down the line as more features of Magento 2 are released.

*Image from the Magento 2 Developer Beta Webinar via Firebear Studio

Why Use Managed Services for your Adobe Commerce Site?

Next Story
The Guide to Mockups: A Designer's Take →