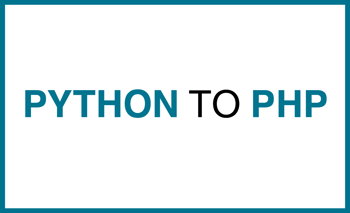 While development jobs across the board have a number of similarities, there can also be stark differences depending on which technologies an organization utilizes. That kind of change can be daunting for those developers looking to expand their horizons and move to a new job that works with an unfamiliar code. But, that’s exactly what Jim encountered when he joined our team this past summer, and he has some tips for making that transition as smooth as possible.

Prior to joining the Briteskies team, Jim worked at a Cleveland-based startup doing web development using technologies like Python, specifically Django. So why leave that environment to start working in something entirely new?

“I like to try new things and widen my skill set as much as possible, so the opportunity to do that was exciting to me,” Jim said of taking the job as a Magento Developer.

There were some database-related similarities between the two technology stacks, like MySQL, but overall, the PHP-based Magento is very different than Python. However, Jim went into his last job with little to no experience with Linux, web development, or Python programming, and within two years was the head of software development at the company. That determination was the basis of his transition to Magento.

Armed with his development background, Jim dove into the eCommerce realm. The training program our team follows was great for setting a foundation, and other developers on the team were good resources when questions came up. Besides studying training videos and picking the brains of more experienced coworkers, Jim suggests really immersing yourself in the new technology in order to learn it.

“Code everything in the new programming language. Go online and get all the resources you can, and just keep trying. It’s going to be clunky at first, but you’ll get there.”

With some dedication and plenty of trial and error, Jim has successfully made the switch to the PHP-based Magento and has become an integral part of the development team.

Do you have an eCommerce project that requires a team of dedicated developers? Or are you a developer looking to join a hard-working team? We’d love to hear from you.