This month, Briteskies is celebrating our 15th anniversary. In celebration of all that makes this company successful, we decided to go back to the beginning to see how it all began. 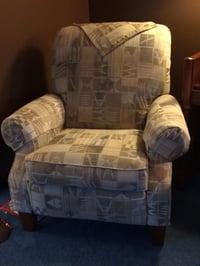 In 2000, Mike Berlin found himself without a job. The company he had been working for, Whittman-Hart, decided that they were no longer going to focus on iSeries consulting services, leaving Mike jobless and deciding what to do next. After evaluating the competition in the consulting field, he decided that he could do it better.

While sitting in a now-famous chair, trying to figure out what to do with his life, he decided to start an information technology consulting firm, but what to call it? Mike wanted the name to be ambiguous just in case things did not work out, so after looking at the names of some up and coming companies like Yahoo and Blue Martini, he decided on BriteSkies. Over the years (and after many people shortening it to BS), the upper-case “S” was dropped and Briteskies became the lasting name of the company.

Six months later, with the idea of Briteskies taking shape, Mike recruited Bill Onion to join the cause. For Bill, this meant quitting his current job, sacrificing a steady paycheck, and telling his wife that he was leaving financial security behind to join a start up, putting the “for better or for worse” vows to the test. Despite the challenges ahead, Bill and Mike were confident that they had something to offer that could not be found on the market: technical expertise and a dedication to doing right by the customer.

For Don Leeper, Senior VP of Finance and Administration of Kent Elastomer Products, Inc., that dedication to the customer was a deciding factor for working with Briteskies. When the vendor he had been working with back in 2000 shut down mid-project, he turned to Mike for help.

“He jumped right in and helped me get the project completed,” Don said. “Back then, I was just getting my feet wet in the IT arena and Mike showed incredible patience with me. I could always reach Mike via the phone day or night. I even remember calling him while he was at dinner on a Friday evening with his wife and friends. He took my call and probably spent at least 45 minutes helping me get through my system issue.”

With that foundation of a customer-centric company in place, Briteskies began to grow. The hard work and risks taken by Mike and Bill to get Briteskies off the ground would affect not only them and their families, but also dozens of other people to come, including the first few employees.

The first person to join the two-man Briteskies team was Nathan Giri. In 2002, Nathan became the third member of Briteskies, and has stayed with the company ever since.

“I can say without reservation that it (Briteskies) truly is like a family. I am able to take on challenging projects yet work in a stress free and supportive environment,” said Nathan, now a Senior IBM i Consultant, about his career with the team. 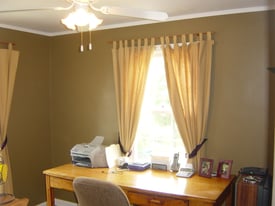 Next to join was Dave Balser, currently the JD Edwards Delivery Director. Dave had worked with Mike and Bill at Whittman-Hart, and when Dave lost his job due to layoffs, he contacted Bill looking for any JD Edwards work. Dave started on a Briteskies project the following week.

For Dave, one of the biggest changes he has seen over the years is the transition from just a group of people working together, to a full-fledged company.

“Briteskies has structure now, and I’ve had opportunities to grow into leadership positions, both client facing and internally. The diversity and variety of projects that I’ve been able to work on has kept things interesting.”

After Dave came the addition of Matt Wolf, now a Senior IBM i Consultant. Matt has stuck with Briteskies over the past 12 years largely because of the management team of Mike and Bill.

“I’ve seen a consistency from Briteskies. The management has proven over and over again that they will make decisions based on what is best for the employees.” 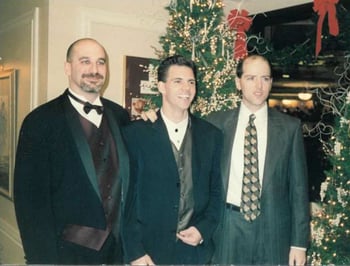 In addition to Nathan, Dave, and Matt, Len Van Neil and Ted Pshock were some of the first people to commit to Briteskies. Ted, now a Senior Consultant, is known for being able to program just about anything, and has wielded his vast technological knowledge time and again while filling many different roles. He would also prove instrumental in recruiting the next wave of WebSphere Commerce developers as Briteskies grew.

These initial five employees turned a group of guys working towards the same goal into a team. Every team needs a mascot, and for Briteskies it was not just another brown cow, in fact it was an orange cow. In the same vein as Seth Godin’s book, Purple Cow: Transform Your Business by Becoming Remarkable, Briteskies wanted to stand out in their field. While the cow may be on a bit of sabbatical, his message lives on through the Briteskies Twitter handle, @nobrowncow. The cow will be making his return soon enough, this time as an internal mascot.

Over the years, that first team of seven guys has turned into a group of talented, hard working individuals who are committed to the Briteskies mission and values. In celebration of this anniversary, we asked the team: What has working at Briteskies meant to you?

“I am proud to celebrate eight years with Briteskies this year. Since day one, I knew that I had found a place to work that I would enjoy being a part of for many years to come.”

Greg Crane, Magento Developer, less than a year with Briteskies

“One of my favorite things about Briteskies is its casual and non-judgmental atmosphere. This company really embraces its employees for who they are. Briteskies promotes a great work environment that pushes you to learn and grow while having fun at the same time. Mike and Bill have done a great job of modeling Briteskies into not only a great, customer-centric company to work for, but also an awesome family to be a part of.”

“Working at Briteskies has been a wonderful opportunity for me to re-enter the workforce after 12 years of being a stay at home mom for my two daughters. I am very grateful for the chance that Bill gave me and to the entire Magento team for their much appreciated teamwork and collaboration.”

“No one comes to Briteskies to be a bump on a log. There’s no one here who doesn’t want to keep growing and learning. Every team member is invested in the future and understands that he or she plays a critical role in the company’s success.”

Over the years and through all of the different iterations of the company, one thing has remained constant: Briteskies’ dedication to both clients and team members. The company has grown, but the commitment to helping team members to stretch, learn and grow has remained, and helps keep us trusted by our customers.

Thank you to Mike Berlin and Bill Onion for taking a chance in 2000 to create the company and family that we have today.