Briteskies in the Community: Bill Onion

As a company, we value community involvement, and we are proud to highlight the participation of our team members in their local communities. This quarter we’re featuring Managing Director Bill Onion. 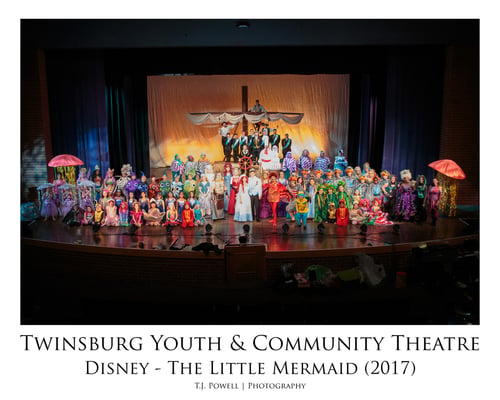 It may come as a surprise to some, but Briteskies Managing Director Bill Onion is an active member of the Twinsburg Community Theater. After making his debut as Lurch in “The Addams Family” last year, he was recently a cast member in this year’s “The Little Mermaid” alongside his son, Kevin, who played Prince Eric.

Bill got involved with the theater through his two sons. They had been in orchestra and a few shows through the high school. Friends from those shows at school convinced them to join the community theater as well, and Bill followed shortly after.

“To have the chance to hang out with my boys at rehearsals, be on stage with them and share that experience, that’s why I got involved,” Bill said.

While he joined primarily to spend more time with his kids, Bill has found that being involved in theater has introduced him to a whole new community as well.

“The theater group is like a family. You get to know those people really well and it’s like spending time with an extended family.”

Aside from spending time with friends in the theater, these experiences have strengthened his ties to the Twinsburg community overall.

“After the shows there’s a meet and greet with the audience, and it’s always fun to see people that I haven’t seen in a while and talk to people who were surprised to see me onstage. I’ve also met a lot of new people that way.

Although the next musical has yet to be announced, Bill is planning on participating. Meanwhile, his son Kevin has been cast in the high school’s spring play.

“I will absolutely be participating in the future. It’s quite the production, and, especially for ‘The Little Mermaid,’ the costuming was pretty amazing. Plus, the shows are just entertaining; it’s fun to be a part of it.”

Keep up the great work, Bill! Your involvement (and whistling show tunes in the office) is a great example for all of us.