How the Changing Role of the Designer is Benefitting Business

Designers, whether focused on web, print or products, have traditionally been viewed as the creative force of a company, contained to the studio and with user experience, as opposed to business processes, in mind. However, today’s designers do much more than make things look pretty; designers contribute a viewpoint based on different priorities than, say, those of the CEO, which can positively impact the bottom line. In this way, the role of the designer is evolving and design should be valued in a company as a way of thinking rather than just an output. 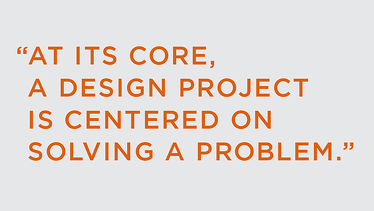 With companies such as Apple, where usability and design drive nearly every business decision, seeing incredible success and market command, the concept of designer-as-business-partner is increasing in popularity. With the role of design in companies changing, it opens the door to more opportunities for designers in today’s business environment. A recent article by Fast Company featured 50 of the top “CEO and designer duos,” highlighting those companies that have brought designers into the boardroom to make decisions traditionally left to marketing teams or executives.

John Maeda, the first design partner of KPCB, is quoted in the article as saying, “My role is to find strategic insights as to where design can have the most business impact. A designer can bring a viewpoint of not just aesthetics, but economics and usage.”

Another Fast Company article, focused on the burgeoning relationship between venture capitalist firms and designers, looked at the role of designers in startups. In that article, Irene Au, former leader of design teams at both Google and Yahoo, talks about her view of design-oriented thinking as a way to identify problems within new companies. “If there’s poor design, that’s usually a reflection of a deeper underlying issue that has to be solved,” Irene said. “If a design is cluttered, it probably suggests that to the company, the value proposition isn’t clear to themselves. You can start to use a design as a tool to spot where the problems are in a company.”

At its core, a design project is centered on solving a problem. That problem can be anything from services to packaging to eCommerce sites, all of which have an issue that needs to be resolved. For example, if the problem is that customers are visiting your eCommerce site but they are not converting orders, or items are being abandoned in the shopping cart, a solution could be user experience-centered research that results in a design to help guide the user through the site and encourages more conversions. Well-considered product imagery that has been optimized for the web can not only improve site speed, but also increase conversions on an eCommerce site. Creating call-to-action buttons with information titles and prominent placement and structuring your product catalog/navigation in a logical and intuitive way can also greatly increase eCommerce sales. Check out these articles for more examples of how design best practices affect performance and design trends to follow in eCommerce.

Designers offer a new way of thinking about a particular task, which is changing the meaning and function of designers in businesses. The cross-functional role of the designer has introduced a new perspective to running a company, and this successful trend seems to be here to stay.

Next Story
8 Reasons to Switch from Magento Community to Enterprise →