Although he is now a full-time employee, Matt Trimmer started at Briteskies as a summer intern. He was a recent Case Western Reserve University graduate and high school baseball coach when he heard about the availability from his college friend and Briteskies employee, Gian. Despite having a degree in economics and knowing next to nothing about the ecommerce industry, Matt dove head first into the position and learned along the way, with Gian as his mentor. 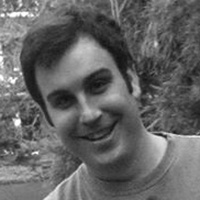 “I had no knowledge of the industry. I just had to slowly learn by being thrown in. Gian just fed me to the wolves. I was here for one week and I was already on location visiting clients.”

After hearing horror stories from friends about their internship experiences (fetching coffee and entering data for eight weeks is not the most glamorous job), Matt was prepared for the worst, saying that his initial thoughts on the internship were that “it was going to be terrible.” But, despite the learning curve, Matt found himself doing actual work, whether it was writing reports, taking notes, testing websites, or reviewing the developers’ work. He was given a lot of freedom and was able to make decisions and complete projects without running every step past Gian. Matt described the experience as being “treated like an actual employee,” as opposed to micromanaged and “treated like an intern.”

Matt said that the office environment contributed to his attitude towards interning as well. Whether it was the constant, random conservations throughout the day (which super hero would win in a fight?) or being invited to work events, like the Lake County Captains game, Matt was treated like a member of the Briteskies family. He also said that liking the people he worked with really helped to make the job “as fun as possible.”

Although the internship was more involved than he originally anticipated, Matt found that the experience prepared him for his position, saying that while his responsibilities have increased now that he is full-time, the workload is nearly the same.

“There was a lot to do and only a little bit of time to do it, but that’s the only way to prepare for doing the job.”

Especially when compared to other internships he has heard about, Matt highly suggests interning at Briteskies. He said it is better to spend three months here than anywhere else, a high compliment from someone who used to spend their time coaching sports.

Next Story
Upgrading to A9.3 Fixed Assets →