Establishing a friendly relationship with the person at the next desk may not be a high priority for a lot of office workers. You just barely trust your cubicle mate to not steal from your candy stash that you know that they know about, but in some organizations, that’s about it. That was not the kind of culture the Briteskies leadership wanted to foster in their company, so they put an emphasis on creating a fun and supportive environment for their team.

Nearly 15 years later, those principles are still at work at Briteskies. In order to build a team that customers continue to trust, each of those team members first must be able to rely on each other. What better way to instill trust and team spirit than with a few games of Whirlyball?

This past week, the Briteskies team gathered at Whirlyball Cleveland with game faces on, ready for some friendly competition. 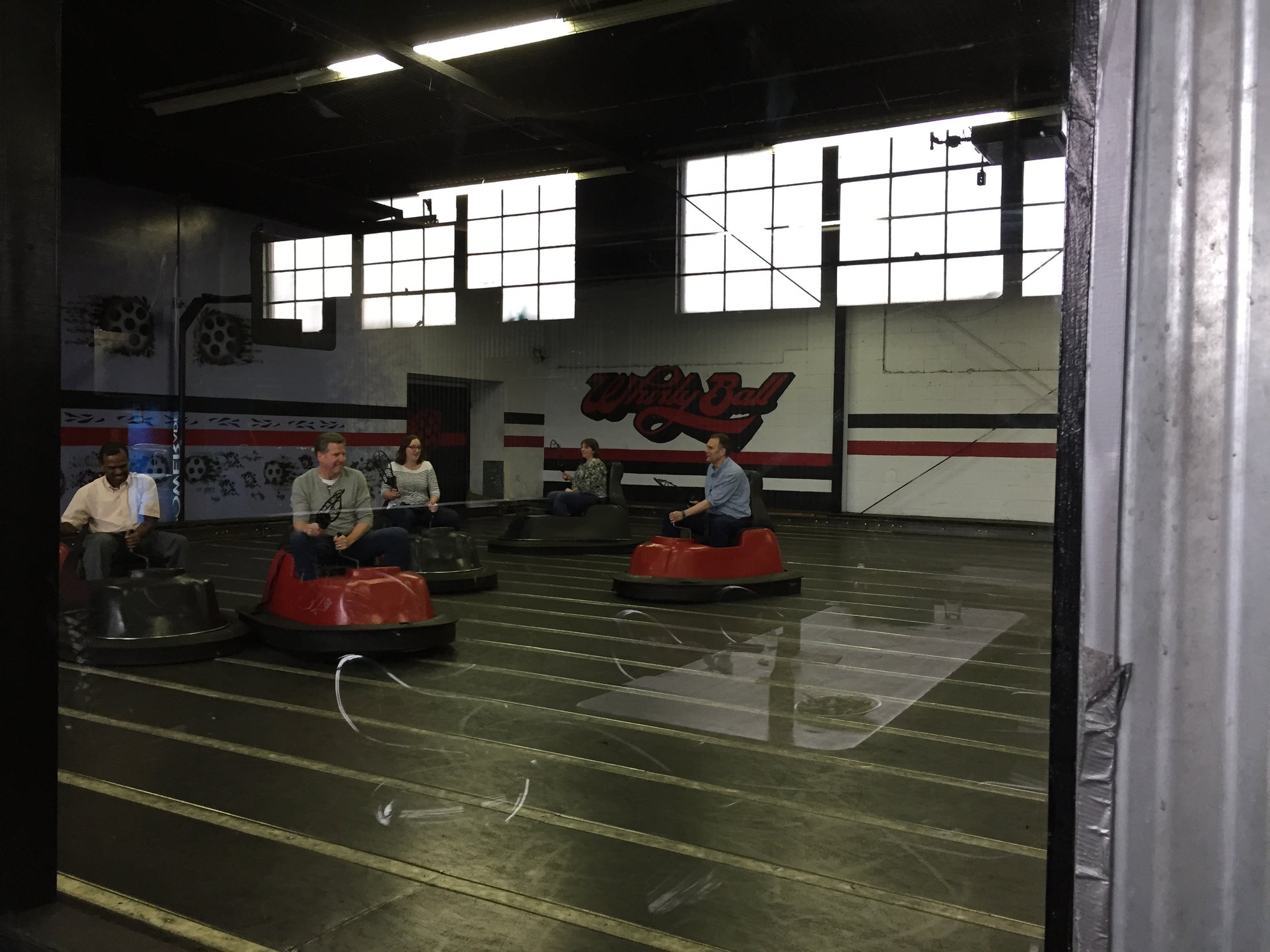 For those readers unfamiliar with Whirlyball, it’s like a combination of basketball, scoop lacrosse and bumper cars. Teams of five people, each in their own go-cart/bumper car, compete to score by hitting their target or backboard with a whiffle ball that they take from one side of the court to the other. Each player is equipped with a plastic scoop, much like a short-handled lacrosse net, to use to pass and shoot the ball.

While many of the Briteskies team members consider themselves to be athletic, Whirlyball proved to be a different sort of challenge. Hand-eye coordination is of course important, but the carts themselves added another layer of difficulty. Trying to catch a pass while avoiding colliding with another player’s cart was pretty tricky! Some people got the hang of it more quickly than others, but everyone had a great time.

Team building outings like these are important to the Briteskies culture. We aim to provide a fun and diverse work environment, and part of that is encouraging team members to stretch, learn and grow. Team building activities like these help team members know that they can rely on each other, which only improves the overall strength of the team and how we support our customers.