The JD Edwards annual Partner Summit is always a highlight around here, and this year was no different. Managing Director Bill Onion and JD Edwards Delivery Director Dave Balser represented Briteskies at the Summit this year, and they were eager to return from beautiful Colorado with news of what’s new in the realm of JD Edwards EnterpriseOne.

A lot of emphasis was placed on Tools 9.1.5 at the Summit, and one major update with that release is the introduction of Alta UI. Although it was released a bit ago, this simplified user interface has some significant enhancements that were worth highlighting at the Summit. A lot of time went into modernizing the UI/UX, and JDE plans on spending more time continuing to improve it.

This release targeted some of the stereotypes surround JDE as an older technology. With Alta UI, you can now bring your own device. Another issue this targets is the fact that younger employees who expect a sleek, modern UI are replacing an aging workforce. A lot of companies have seen that running older technology has an impact on hiring and retaining younger employees. Alta UI is JDE’s answer to that problem.

The Mobile Application Framework (MAF), also part of the Tools 9.1.5 release, was another highlight for us. JD Edwards is continuing to release mobile apps. In fact, there are currently 81 JDE apps in the app store, all of which achieve a specific business function right from your phone. JDE is releasing the MAF to partners in order to encourage more app development.

JD Edwards has been discussing Agile software development for some time now, but one of the things highlighted at the Summit was the concept of releasing a minimum viable product. When releasing a new module, JDE has been releasing a product with enough functionality to work in the marketplace, and then follow up with upgrade phases. This technique started with the Rental Management Module and the Health and Safety Industry Management Module. Both of these platforms, tailored for the industry, were released as a minimum viable product that was followed by upgrades to reach peak performance.

Cloud vs. On Premise 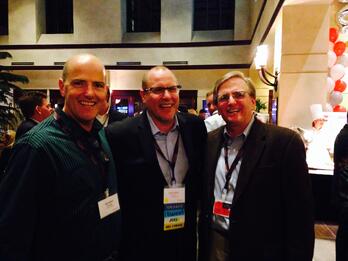 Hosting was another hot topic at the Summit. While Oracle is making a push for cloud system hosting, JD Edwards is adamant about doing what is best for the customer. As Lyle Ekdahl, JDE Senior Vice President and General Manager, explained, the way to understand all of this is marketing versus understanding. While Oracle is marketing cloud or hybrid hosting, that does not mean they are abandoning on-premise hosting. Several applications have already been brought up to the cloud, including Human Capital Management, and there are plans to roll out several more in the next year, including financial incremental adoption of the cloud. But Oracle has estimated that it will take three-to-five years to fully adopt cloud hosting. While some aspects may make sense to move to the cloud early on, such as HCM and Hyperion, other applications may be better served by being on-premise for now. While the concept of cloud hosting is exciting, the emphasis above all was JDE’s continued commitment to doing what is best for the customer, whether that means cloud, on-premise, or hybrid hosting.

All of these features give clients a great reason to upgrade their E1 system because these new tools releases are supported by some great business reasons. Additionally, these updates strengthen the business case for certain World customers to finally make the jump to E1.

6 Reasons to Upgrade to JD Edwards World A9.4

JDE World Developers, Here's How to Stay Productive During Quarantine

Next Story
Best of the Blogosphere: March →