Making the Move to Magento 2 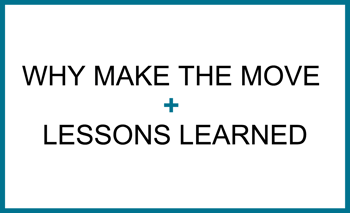 Why you should make the move to Magento 2 and what our team has learned about the process.

Why Should You Make the Move to Magento 2?

Magento has announced that Magento 1 end of life will be at the end of 2018. From that point forward, Magento 1 will no longer receive any new features, security updates, or support. If you’re comfortable running your site on an unsupported platform, then this deadline doesn’t apply to you. If, however, you don’t want to risk the bugs, loss of PCI compliance, and security breaches that often comes with an unsupported platform, then you will want to move your site to M2 before the end of 2018.

If you are projecting some big business growth, you might want to upgrade sooner rather than later. Magento 2 was designed to be more scalable and more enterprise-level than Magento 1. If your organization is expecting the type of growth that will require you to change your website in the future, then moving to M2 would be wise.

If you’re taking the next step of growing your business, you’ll eventually hit the point where you need to be on M2 over M1. If you’re planning on reaching those levels eventually, starting the move to M2 before those changes hit will make the transition easier on your team.

We had a recent client who wanted to create a customer service portal on their Magento 1 environment, which would require some heavy customizations. They were perfectly happy with how Magento 1 was performing for them and weren’t necessarily interested in upgrading to M2. The reality of their situation, however, was that for every $1 we spent customizing their M1 site to meet their needs, it would cost 1.5x more to recreate those customizations on M2 when M1 reaches end of life.

If you’re making any changes that will require a significant financial investment in your platform, you might as well put that money into the newest software. For B2C sites especially, a move to M2 is in the near future for support reasons anyways. Time to rip off the bandage and make the jump to the newest platform.

Lessons Learned When Moving from Magento 1 to Magento 2

The reasons for moving to Magento 2 are more than just what we’ve listed above, but it’s important to remember that making the move from Magento 1 to Magento 2 is more like moving to a whole different software than a newer version of Magento 1. The improvements found in Magento 2 are incredibly valuable, but the changes between the two versions make the upgrade more challenging than some would expect.

Magento 2 provides the user with new features and options that far outweigh any problems faced during development, but that’s not to say that the challenges faced are insignificant. Our team survived the Magento 2 certification process, and we’ve learned even more while helping clients upgrade from Magento 1 to Magento 2. With every new challenge we face, we learn new ways of developing strong eCommerce sites on Magento 2.

Magento has a data migration tool that essentially takes the database from M1 and moves it to M2. While this is a valuable tool, one of the challenges with making that migration is that some M1 users have been on the platform for years and their data is so old that it isn’t formatted to make the transfer successfully.

We’ve seen products tied together, data statuses that have been corrupted, tables that migrate incorrectly, and some data that simply doesn’t get moved at all. During our first M1 to M2 upgrade, it took months of our team and the client team stumbling across incorrect data and then fixing it to resolve the issues.

As we’ve completed more M1 to M2 upgrades, however, we’ve learned how to format certain data aspects to make sure they migrate correctly. And, now that we know which aspects of the database are vulnerable, we know where to look for potential issues so we can resolve them quickly. Thanks to these challenges, our team has become more familiar with how data is stored in Magento 2 than ever before.

As we’ve mentioned before, it took our team a while to get accustomed to the new layout of the Magento 2 admin panel. Some things have moved around, and there are new categories in M2, including:

While this new organizational structure is fairly intuitive and makes a lot of sense, if you’re a Magento 1 user who has moved to Magento 2, then finding what you’re looking for might be a bit of a challenge.

Not only have these changes been a challenge for our team, they have affected our client teams as well. Clients switching from M1 to M2 have had trouble finding everything since they were so comfortable in Magento 1 and aren’t in the admin panel nearly as often as our team is. Our team conducts training with clients to make sure that they can continue using all of the functions they were using in Magento 1.

According to our development team, deployment for Magento 2 is very different from Magento 1. Magento 2 includes a lot of commands that are intended to speed up the website, but updating Magento 1 sites to the current system is more difficult due to those changes. So, while the addition of those commands has an overall positive impact on the finished site, it can cause the development process to slow down a bit.

Additionally, M2 has different methods of programming than M1, including the added features of dependency injection and a repository pattern. While these changes posed a bit of a challenge during our team’s first M1 to M2 migration, experience has helped our team learn how to successfully leverage these changes.

How to Begin Implementing Magento 2

It can seem like a big undertaking to switch software systems, especially when new updates are coming out regularly, but after getting comfortable with Magento 2, the initial stress will fade away.

Additionally, partnering with an experienced team will help the implementation move much more smoothly. Our team has years of experience with Magento and, now that we've gone through a few M1 to M2 migrations, we're ready to apply our best practices to the next challenge.

Is your company considering moving to Magento 2, but you aren't sure where to start?

How to Support your Adobe Commerce (Magento) Site

Next Story
The Best Magento and JD Edwards Integration Strategy →