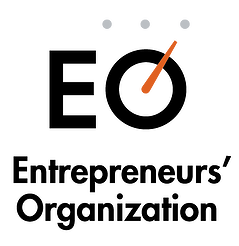 For even the most experienced businessperson, starting a new business can be a daunting task. Who better to turn to than a network of entrepreneurs who were once in your position? That is exactly what our leadership team did when they joined the Cleveland chapter of the Entrepreneurs’ Organization over ten years ago.

Entrepreneurs’ Organization (EO) was founded in 1987 as a space for business owners to learn from one another. The network now spans 46 countries and includes 144 chapters, of which the Cleveland chapter is one of the oldest. The goal of the organization is to “educate, transform, inspire, and offer invaluable resources” to entrepreneurs all over the world.

Mike Berlin and Bill Onion, Briteskies’ Executive Partner and Managing Director, respectively, were encouraged to join EO by Keith Strauss, the president of Sales Concepts and a current member of the Briteskies advisory board.

“Mike joined first to sort of pave the way. He enjoyed it so much that after a year, I was eager to jump in as well,” said Bill. He officially joined EO in November of 2004.

One of the most beneficial aspects of EO for the Briteskies team has been the mentorship program. Someone from a larger organization who has grown their business and been successful is matched with someone just starting out or who is trying to grow their business as well. For Bill, this program has had the biggest impact on him.

“I’ve had some great mentors over the years. They have given me some sage advice.”

EO offers a multitude of other ways to be involved in the group and meet other like-minded business owners. They hold forum meetings every month, an event that Bill attends regularly. There are events specific for the Cleveland chapter, as well as regional events, such as Thrive. Last year’s Thrive conference was held in Cleveland and Mike was one of the presenters.

Mike spoke about his work/life balance following an illness in 2011. Just before undergoing surgery, Mike promised his son that he would be there for him all the time.

“I would be there when he got up, when he got home from school and when he went to bed. And, when I was there, I wouldn’t be distracted,” he said.

This promise brought about big changes in the way Mike conducted business. Gone were the meetings over dinner and cocktails. No more late night email sessions. Instead, Mike made a conscious effort to be there for his son.

“This presentation was my way of sharing the idea that you can work, you can own a business, and you can be there for your family. A lot of business owners aren’t there for their families, especially their kids.”

Opportunities like this are just one of the benefits of being an EO member. While attending and presenting at Thrive, Mike was able to meet business owners from all over the world. He even got to hear from Steve Wozniak, the co-founder of Apple and the conference’s keynote speaker.

“We had a lot of great speakers,” Mike said, “but Steve Wozniak was so interesting. It was cool to hear about the early days of Apple. I had never thought about the impact he had at Apple and it was so much larger than the public knows.”

While meeting stars like Steve Wozniak are a definite plus, it is often the interactions with other everyday business owners that leaves the biggest impression.

“It’s hard to describe, but the biggest thing for me is learning from people who run similar organizations. It can be nice to know that they run into the same challenges as we do and it gives us a chance to discuss solutions to those problems,” Bill said of his experience with EO.

“Joining EO changed my mindset, helped me improve as a person, and made me a better business owner,” Bill said.